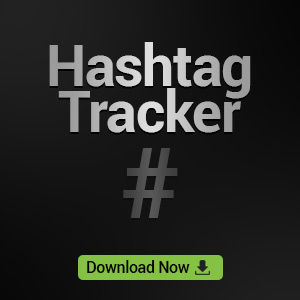 If you’ve been on social media any time in the past six years, you’ve probably seen or even used hashtags. Hashtags consist of a pound sign (#) followed by words or numbers with no spaces between, and they connect your post to a larger conversation. Social media outlets like Twitter, Instagram, Facebook and Google Plus enable users to click on a hashtag in a post or search for it to see all of the content other users have posted with that hashtag.

Taking advantage of industry hashtags or using hashtags to promote an in-store event can help your posts reach a wider audience. According to Buddy Media, tweets with hashtags receive twice as much interaction than posts without hashtags.

While they might seem like a quick fix for sluggish social media, there are a few things want to avoid when using hashtags. We’ve got a list of dos and don’ts for you. Keep reading!

DO stick to hashtags that are relevant to your topic.

When you’re hashtagging a post, remember that the hashtags you use will help other people find it. While using an irrelevant trending hashtag might get more people to see your post about your big spring sale, chances are most of them won’t interact with the post or click through to your website to learn more. By sticking to hashtags that relate to the topic of your post, you’re more likely to draw an audience who wants to read what you’ve wrote and will take further action.

DON’T string too many words together in one hashtag.

Be careful if you’re using a hashtag that has more than one word. Hashtags usually end when you type a space, so multi-word hashtags can run together. Using capitalization and limiting your hashtags to three words or less will help ensure your audience can easily read them. Something like #DealershipSale2016 is much easier to read than #megadealershipblowoutsale.

DO create and use hashtags for special events.

If you attend industry tradeshows, you’ve probably noticed that many of them have their own hashtags. This allows the tradeshow’s social media managers to easily track what attendees are saying, and it helps the attendees see and learn about everything that’s going on around them. If you post photos of your team at a tradeshow, be sure to use the show’s hashtag to share them with a wider audience!

You can also create your own hashtags for your dealership’s special events. For example, if you’re a marine dealer and you want to host a Twitter conversation about the latest innovations in your industry, tag it #MarineChat. If you’re having an in-store giveaway as part of a promotion, tell your customers to use a hashtag – like #MyDealershipContest – for a chance to win.

According to Social Bakers, using too many hashtags actually harms your post interaction. One to two hashtags per post is ideal. When you use three or more, your interaction drops off sharply. Many social media users see posts with an abundance of hashtags as a red flag, so it’s better to use hashtags strategically instead of throwing them wherever possible.

If there’s a trending hashtag that you can craft a brand-appropriate response around, go for it! For example, during last winter’s huge snow storms, #Snowpocalypse was trending. If you sold snow-related items, it would be easy to take advantage of this hashtag with a post that said, “Be sure to stop by our dealership to prepare for #Snowpocalypse! We’ve got supplies on sale!”

DO track your hashtag performance.

Both Facebook and Twitter offer data on the interaction your posts receive. You can find this data in Facebook Insights and Twitter Ads. Using this information, you can perform a simple experiment to help you determine if your hashtags are really helping your posts reach a wider audience. When you write a post, create a version that has hashtags and a version that doesn’t. Post them a week apart at the same time of day, then watch to see which gets more interaction.

For example, you could write a post that says, “Join us for our #WinterBlowoutSale this Saturday and Sunday for great deals on #snowmobiles and 70% off accessories.” Then, post it Monday at 9:30 a.m. The following Monday, remove the hashtags and publish your post again at 9:30 a.m.  Wait a few days, then check your statistics to see which performs better. If the version with hashtags has more interaction, it’s a good indicator that your hashtags helped you out.

When used correctly, hashtags can boost your social media interact and help you reach a wider audience. Need help tracking your hashtag use? We’ve got a free downloadable Hashtag Tracker for you. Get it here!

Blog Advertising on Google: Why Use PPC?

We'd love to show you how we can help you Sell More Stuff!™